BuffaLouie’s Honored By House Of Representatives 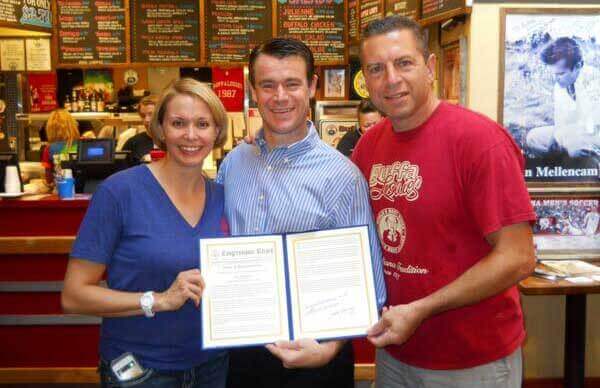 Hon. Todd C. Young of Indiana in the House Of Representatives

Wednesday, July 24, 2013 “Mr. YOUNG of Indiana. Mr. Speaker, my home state of Indiana takes pride in its long tradition of Hoosier innovation and small business entrepreneurship. Hoosier businesses across Indiana’s 9th District strive to offer quality products and services that become integral parts of their local communities. One such small business is BuffaLouie’s, a popular restaurant in Bloomington, Indiana, which is known throughout the state for their amazing selection of buffalo-style chicken wings and homemade sauces.

BuffaLouie’s has been a mainstay in Bloomington since they first opened their doors in 1987. It is a popular hangout for Indiana University (IU) students and Bloomington residents alike, who come and enjoy great food in a comfortable atmosphere. In fact, BuffaLouie’s has such a strong reputation that they earned national recognition from USA Today as one of the Top Ten Wing Joints in the country.

Today, I commend BuffaLouie’s on the success of their business, as well as their commitment to improving the local Bloomington community. As part of my commitment to acknowledge Hoosier small businesses and the critical role they play in my home state, I want to recognize BuffaLouie’s as the first in a series titled the 9th District’s Hoosier Small Business Spotlight.

Jay Lieser, an IU student and native of Buffalo, New York, founded BuffaLouie’s. His mother and father, Ed and Trudy–or Mr. and Mrs. Louie as they are often referred–joined their son in his venture, bringing their family recipes to BuffaLouie’s. BuffaLouie’s is truly a family business, getting its name and company logo from another member of the Lieser family, Jay’s grandfather Lou. This tradition of family and service to the community has been carried on by the current owners, the husband and wife team of Ed and Jamie Schwartzman.

The Schwartzman’s have continued to build on the cornerstone of what makes BuffaLouie’s great: working hard to “serve quality food, prepared fresh and made to order using the finest ingredients in a family friendly atmosphere.” It is not uncommon to see both Mr. and Mrs. Schwartzman at the restaurant helping serve customers and personally thanking patrons for their business. It is this philosophy and commitment that has garnered a loyal following of wing lovers in Bloomington.

BuffaLouie’s strengthened its local ties when it relocated from its 17th street location to the famous Gables building on Indiana Avenue. The Gables, once known as the “Book Nook,” often played host to the famous jazz musician and IU graduate Hoagy Carmichael. It is where the famous musician penned part of his immortal song “Star Dust.” In keeping with this tradition BuffaLouie’s hosts musical performances that allow customers to enjoy the historic venue.

BuffaLouie’s has become a landmark in Bloomington, Indiana–exemplifying the spirit of Hoosier small businesses across Indiana’s 9th district. The family friendly atmosphere and nationally recognized wings continue to bring satisfied customers through the doors of the historic Gables building. I would like to congratulate BuffaLouie’s on more than 25 successful years in business and thank them for the dedication they show their customers. I wish them continued success for many years to come.“ 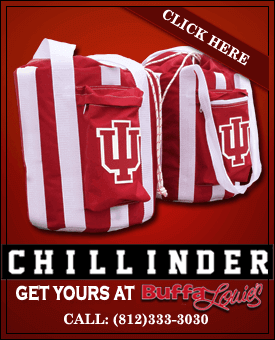 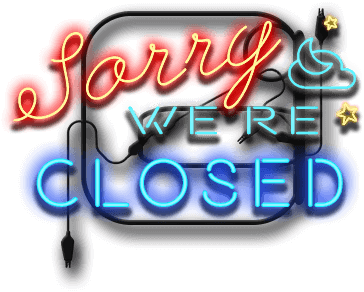